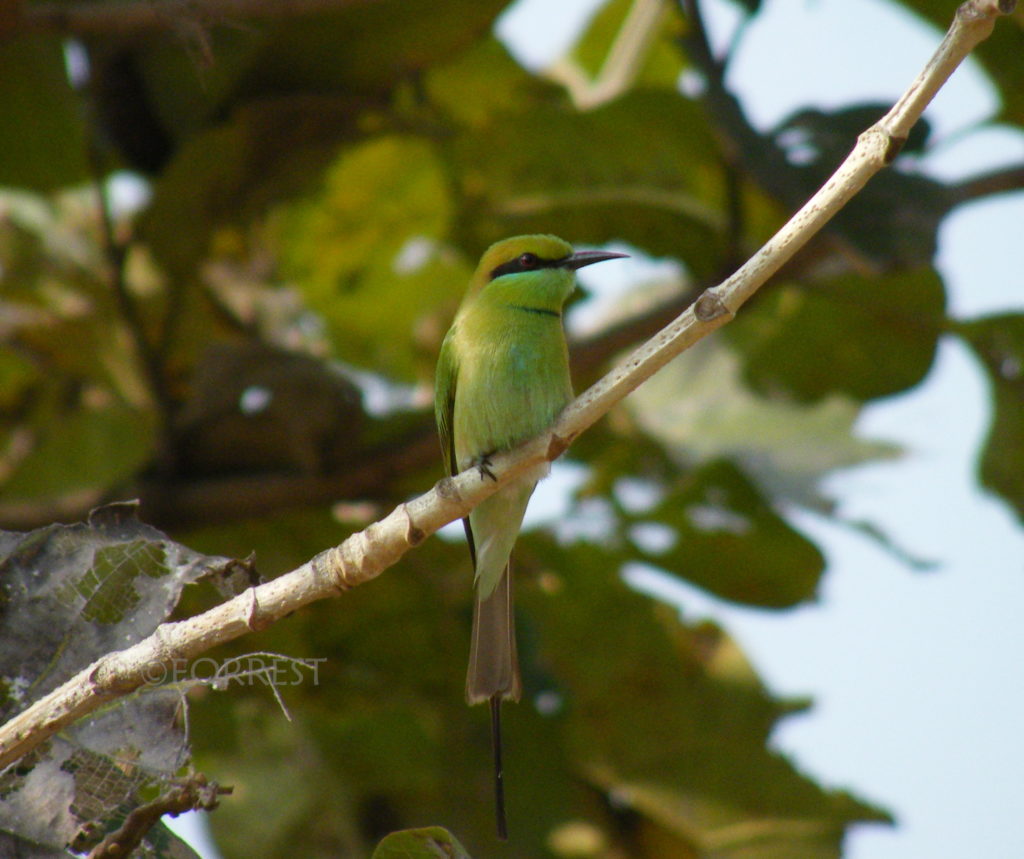 Birds bring an image of freedom in our minds. These colourful, chirping creatures occupy & adapt to almost every habitat. Birds are important part of ecosystem & food chain. They provide various ecosystem services like nutrient cycling, dispersion of seeds, as bio control agents, as scavengers in many ecosystems etc. With increasing urbanization, worsening pollution & decreasing green cover birds are one the most affected species. Their habitats are disturbed and degraded with which their population is declining, their nesting habits are changing and in this process, birds which cannot adapt fast to the changing environment are disappearing.
Some of the birds which are adapted to the hustle bustle & patterns of the city lives can be observed in our gardens, roadside trees and remaining open areas. Let’s get acquainted with the ecology of some of these birds which are present in our cities and in our neighbourhoods.
(Glossary which you will need to understand birds has been provided in the end.)First common bird which comes in our mind is House crow (Corvus splendens).They inhabit any area where humans live and reach highest numbers indense human settlements where there is plentiful access to garbage,crops and livestock. House crow feeds on refuse around human habitations, carrion, small reptiles, eggs, nestlings, grain and fruits. It is an omnivorous scavenger which helps in cleaning the environment. Crows are absent where humans are few or absent, for example, deserts and dense forests. House Crows are intelligent and resourceful birds & exhibit play behaviour too. Crow has great invasive potential. 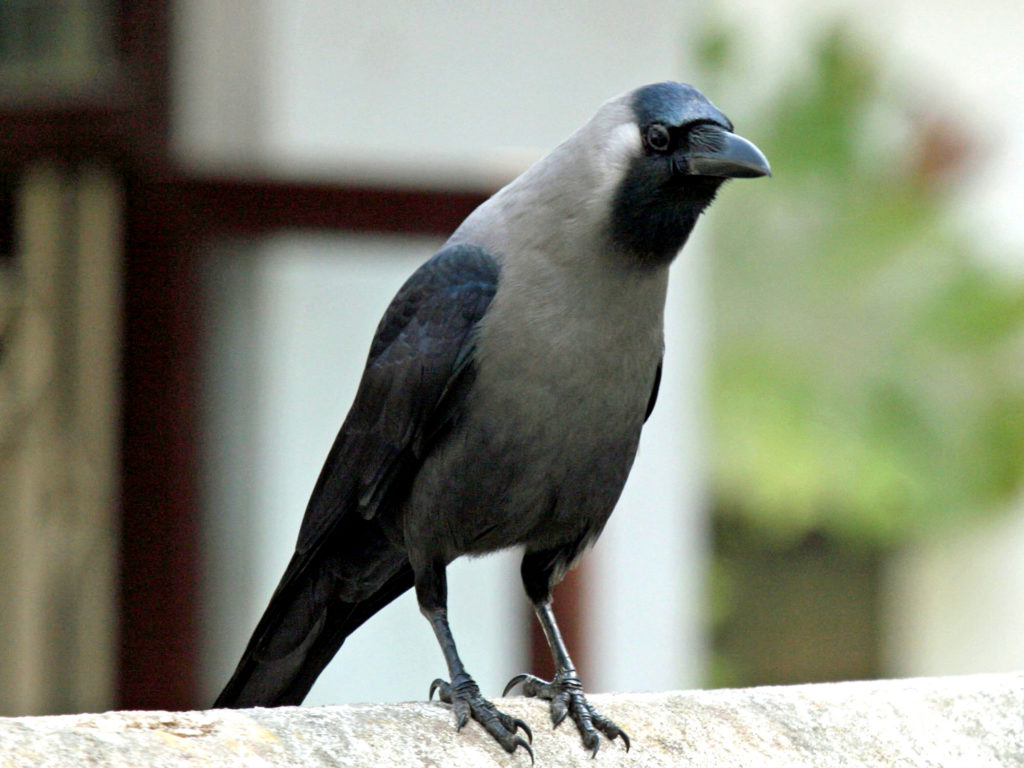 One of the most common species of Bulbul which is found all across India and in our cities is Red-vented Bulbul (Pycnonotus cafer). This medium sized bird has a short crest, black head, greyish black body and scarlet red vent (back of the tail). Bulbul is found in dry scrub, open forest, plains and cultivated lands. Now it is adapted to urban areas & nesting is observed in homes & gardens. Red-vented bulbul feeds on fruits, petals of flowers, nectar, insects and occasionally geckos.This is a rather dominating bird. 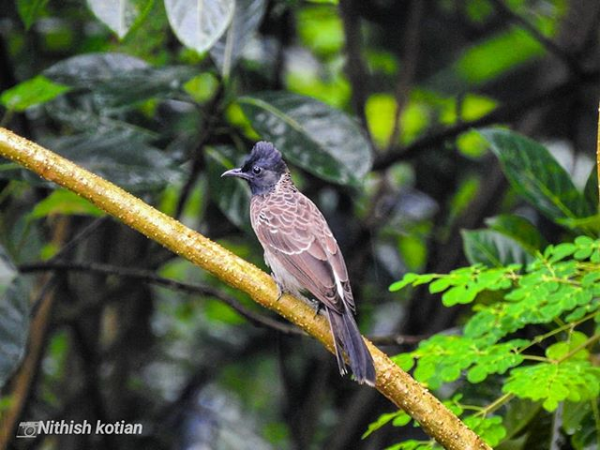 One of the birds which have been part of our culture & literature. The Asian koel (Eudynamys scolopaceus).The preferred habitat of Koel is light forests, cultivation & thick scrub. Koel feeds on insects & fruits.
One of the interesting facts about Koel is that it is a brood parasite which means It lays its egg in other bird’s nests. Koel  lays egg mostly in the nests of crows. These other birds raise Koel’s young’s as their own. 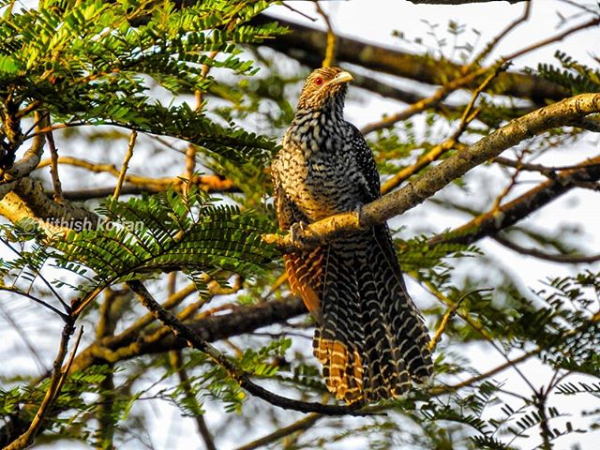 You must have seen this upright black n white bird chirping around in gardens. This is Oriental Magpie Robin (Copsychus saularis).The male has black upperparts, head and throat & a white shoulder patch, with white underparts and long white sides of the tail. Females are greyish black above and greyish white below. They are common birds in urban gardens as well as forests. They are known for their melodious song. Try to listen to its call sometime. It is mainly insectivorous bird, but known to occasionally take flower nectar too. 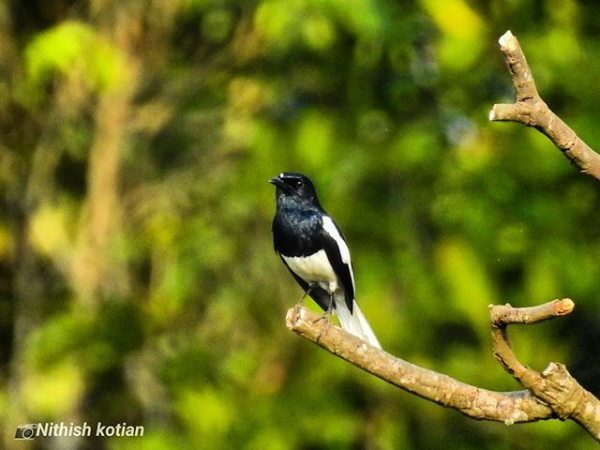 Sunbirds are most common garden birds. The Purple Sunbird (Cinnyris asiaticus) is a small sunbird & like other sunbirds they feed mainly on nectar & sometimes eat insects. You can identify this bird with its very small size (hardly 10 cm) and curved bill. This down curved bill helps the bird to reach to nectar easily.

The male is glossy metallic bluish to purplish & females are olive above and yellowish below. 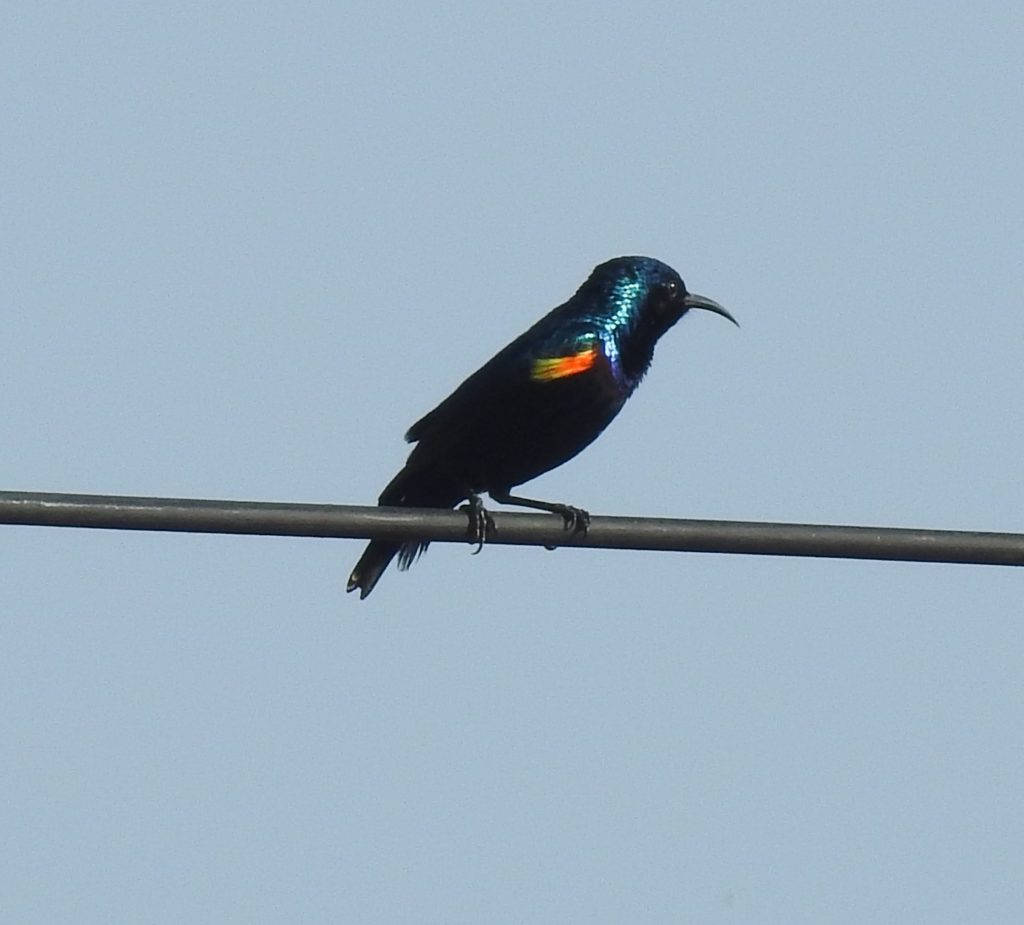 One small common garden bird is Indian Tailorbird (Orthotomus sutorius). It is a brightly coloured bird, with long upright tail, green upper body , creamy underparts and rust coloured forehead. This small bird is typically found in open farmland, scrub, forest edges and gardens. Tailorbirds get their name from the way their nest is constructed, which is made of leaves “sewn” together. Tailorbirds are insectivorous. 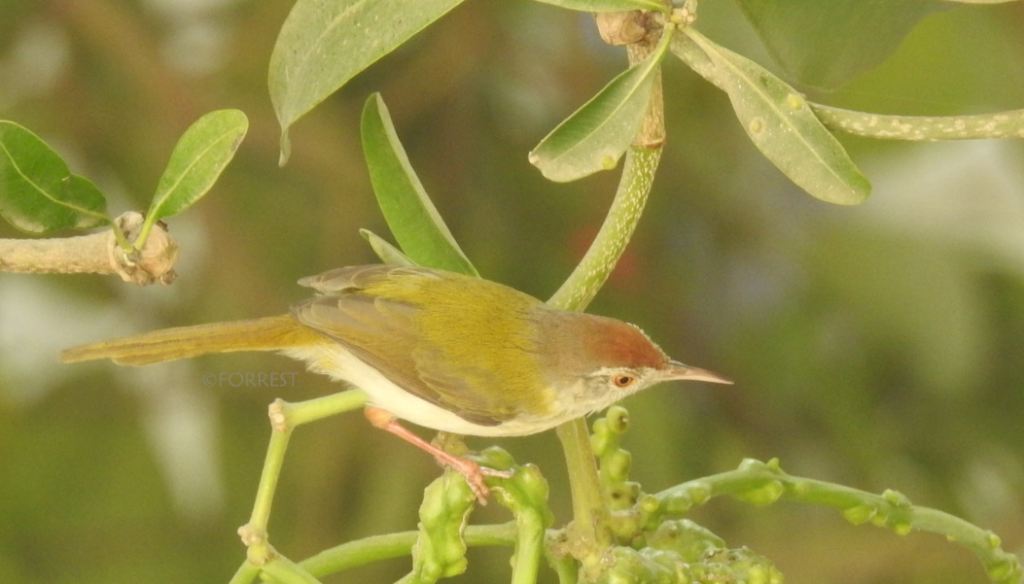 House Sparrow (Passer domesticus) which was a very common bird once in villages and cities is now has become a rare sight. It is so well adapted to living around humans that it frequently lives and even breeds indoors. It feeds mostly on the seeds of grains and weeds, but it is an opportunistic eater and commonly eats insects.

This small bird’s population is been declining due to various reasons , major found to be shortage of nesting sites caused by changes in urban building design and insufficient supply of insect food for nestling sparrows. 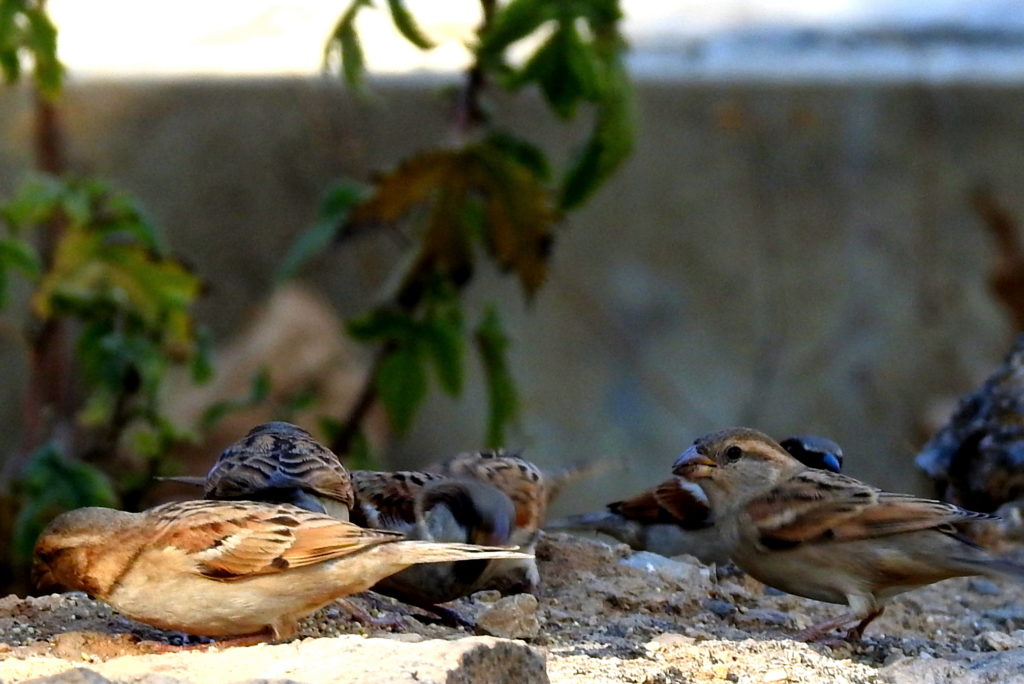 Birds are indicator of our environment health as they are highly visible species. You can help in bird conservation by gaining knowledge about their habitat and their requirements. Maintaining green patches, gardens are very important to provide habitat and food for birds. Not using chemicals in gardens i.e maintaining organic gardens help in conservation as it would make garden insects available as food for birds.

The value we gain from birds deserves serious investigation into causes of decline and provides additional rationale for the study and conservation of these unique animals.

Ecology-Relationship & interactions  of the organisms with each other & with their environment.

Crest– Soft feathers common along the head, neck, and upper back of the birds.

Territorial behaviour– Animals defend territory or area where they live in by fighting or displaying dominating behaviour.

Brood parasites -are organisms that rely on other species to raise their young.

Invasive Potential- Species which has a tendency to spread ,which can cause damage to the environment, human economy or human health.

Start Observing birds which you can see in your neighbourhood. You can listen to their call & can observe what they eat. Make note of observation. 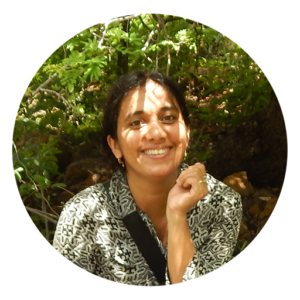 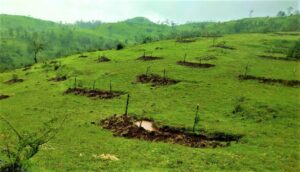 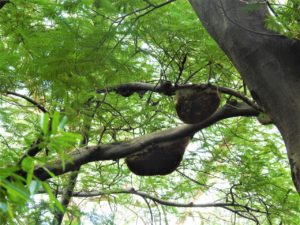 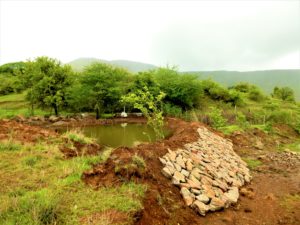 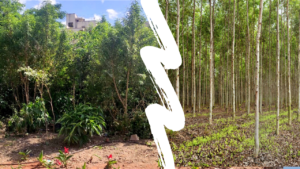 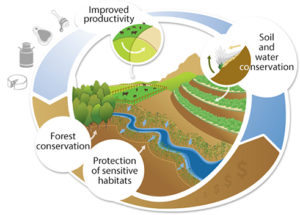 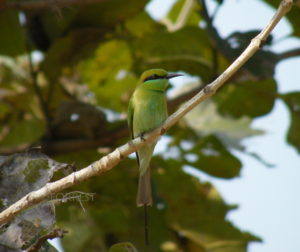 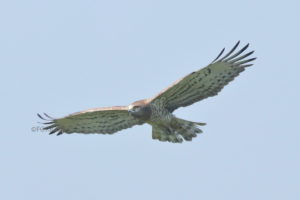